They squeeze together onto a single sofa in order to pick and pull at one another, like children abandoning themselves to an explosive mix of curiosity, boredom and listlessness. Finally, they scamper across the stage like young foals that have just been turned out, before ending in an ardent embrace. This looks like absolute freedom.

Both mentally and physically, it sweeps embarrassment aside.

Meg Stuart wanted to create a situation that went beyond simply role-playing, and to extend this into the theatre auditorium. You constantly seem to be witnessing an original world in which everything could go in any direction, and in which the imagination knows no bounds.

Only Kristof Van Boven stays above the fray, acting as the standard bearer for an adult audience that no longer wishes to take these kinds of excesses seriously, for fear of the implications. What purpose is served by the long epilogue, in which Claire Vivianne Sobottke begs for love, attention, money and warmth, or by the collective ballet of incomprehensible signs with which the performance ends? Her performers dance, sing, curse and flirt as if their final hour has come.

Stuart breaks open her linguistic idiom to create lyrical dance theatre that unites performers and spectators in admiration and, yes, love. Celle du corps. Des miroitements fusent dans tous les sens. In Built to Last , the mood stays light, bordering on irreverent, as the dancers assume historic movement patterns reminiscent of Isadora Duncan or German expressionist dance. Meg Stuart sets herself a challenge before creating a new dance. The American choreographer, who is based in Brussels and Berlin, claims to develop an entirely new movement language for every piece as she collaborates with directors, visual artists, musicians and designers.

Rather than following well-trodden routes, these works explore the edges of what is possible. There is no new language emerging from sparky interactions with bolshie musicians here, just an acceptance of prewritten music from a dead composer. Her response was not to overthink it. The primary response was heroic. When you play it in your living room, your life becomes bigger. Composer Alain Franco joined the rehearsals as a kind of music dramaturg and suggested adding other composers, so the soundscore expanded into a rich tapestry of fragments by Dvorak, Rachmaninov, Schoenberg, Xenakis, Stockhausen and others.

This openness is unusual within contemporary dance, where many choreographers have resisted the aural backdrop offered by classical music, fearful it might gentrify their incendiary aesthetic with plush sounds and a veneer of respectability.

Additionally, an association exists between classical music and ballet, whose narrative-driven choreography is antithetical to the conceptual purity pursued by many contemporary choreographers. But classical warhorses such as the Eroica can prove more than an aesthetic threat. Or it can be read in a much more ambiguous way. With music we cannot ever be sure.

In so far as it externalises our inner passion, music is potentially always a threat. The threat is proportional to monumentality, a theme that quickly emerged in rehearsals for Built to Last. History is a manner of perspective, not a question of being right or wrong. This questioning needs to be constant, as there is a danger of losing sight of the original meaning and intention behind a monument. It imposes thoughts and memories, and makes it clear that the present has a past. Music has also constantly imposed itself on dance. With such a weighty subject matter, there is a danger that Built to Last could be self-involved and yawnsome, but Stuart insists the mood stays light, bordering on irreverent, as the dancers assume historic movement patterns reminiscent of Isadora Duncan or German expressionist dance.

This is true freedom. In taking on classical music warhorses, choreographer Meg Stuart has created a theatrical experience equally epic. 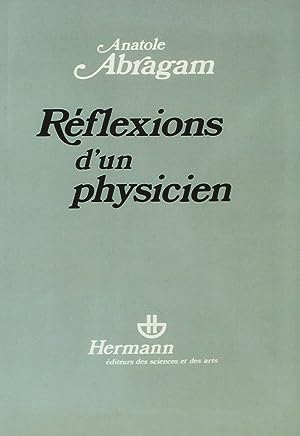 Sprawling across two hours, Built to Last throws stones at monuments to the past, questioning our tacit relationship with bombastic expressions of heroism and ultimately presents an uplifting affirmation of the human spirit. Fourteen excerpts are used as metaphors for historical narrative. Stuart questions how this music can be appropriated and given an immovable mythical status, even though our perceptions of history constantly change. This is the tension underpinning the entire performance: how does the individual interact with prescribed versions of history?

The overall effect is complemented with energetic and pitch-perfect performances by the five performers, that include Maria F Scaroni and Dragana Bulut. First, the body. It begins to sway.

The Joy That Never Ends

Then the hand, seeking simple gestures, clenching and unclenching. Next the arm, extended, bending, seeking shape and form. The urge gradually brings all parts of the body to movement and from there to motion. Set against an electronic soundscape, five performers relentlessly seek, find and are frustrated by patterns, culminating in a cacophony of movement and sound before one of the performers quietly brings the others to a halt before turning to nervously address the audience.

So begins Built to Last, by renowned choreographer, Meg Stuart, making her Irish debut and kicking off the Dublin Dance Festival with an excellent production that sets the bar high. When describing itself as a history of dance, Built to Last does itself a great disservice. For it speaks not just to the history of dance, but to the making of dance, to the need of the body to give expression, with or without music.

Of an insatiable urge that can find momentarily release in forms and patterns, none ever big enough to accommodate all that needs to be expressed.

At times fleetingly recognisable moments appear, tender tableaux temporarily take shape before passing away in the search for newer forms. At other times it appears as if the lunatics have taken over the asylum as the struggle to find shape grapples with restrictions and the need for form. If all is shifting, what never changes is the striving for expression, the endless searching, the body constantly reaching out to catch the stars and channel all that heaven will allow. Self-consciously self-deprecating at times, it never ceases to engage, despite its uninterrupted two hours in length.

Scaroni and Kristof Van Boven give a delightful ensemble performance, as well as creating exquisite individual moments. The only thing to do is surrender to it.


All this is not new. The nose gets a run for its money; its urge to explore does not stop at the pubic border. Irony, parody, comedy and genuine feelings are mingled together in this sensuous composition of body images, that Meg Stuart is now presenting at PACT Zollverein as part of the Ruhrtriennale.


But this piece, which goes on for two hours without a break, has nothing to do with voyeurism. Carelessly and naive, they run free, rub each other and throw each other around.